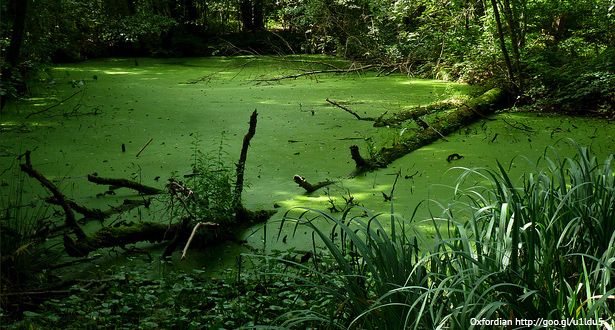 Wetlands and water on Lüneburg Heath

Wetlands have grown millimetre by millimetre over thousands of years. They are an important part of the cultural landscape of Lüneburg Heath.

These are primarily what are known as raised bogs, whose development started after the ice age, around 4,000 BC. Bogs occur in places where there is an excess of water.

Due to the moisture, dead parts of plants are not completely decomposed and peat is formed. Raised bogs develop mainly from the growth of peat moss. On average, raised bogs grow by 1 mm per year, i.e. by 1 metre in 1,000 years. Raised bogs are a habitat for many rare plant and animal species.

Raised bogs are endangered by human influences. For centuries people have tried to create grassland and arable land by draining the bogs. The peat itself has been used as fuel. Without the water, the peat-forming plants die and the bogs disappear from the landscape.

In Lüneburg Heath Nature Park in the 1970s, the original state was restored by re-wetting and restoration of Pietzmoor near Schneverdingen. Today it once again offers a unique nature experience. 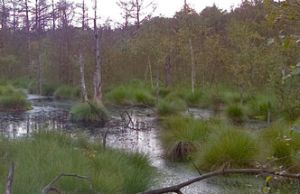 At first sight the heathland seems to be without water. Lakes are rather rare. But when you look more closely, the water is also a characteristic element of this cultural landscape. Heathland streams, rivers, and springs are characteristic features. Luhe, Seeve, Este, Wümme, Lopau, Brunau, Radenbach, Schwarze Aue and Schwindequelle are examples of these.

And the heathland has a lot of water that cannot be seen: ground water. Heathlands are excellent at filtering and cleaning ground water. A low evaporation rate from the land leads to a significant increase in ground water supply. Lüneburg Heath also supplies the city of Hamburg with drinking water. 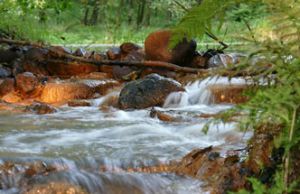