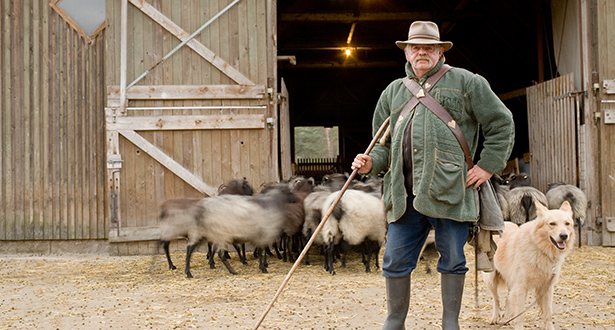 When man and beast lived under one roof - so it was then. A sparse population, individual farms and scattered settlements still characterize Lüneburg Heath Nature Park. Old farms with thatched roofs, stone walls and oak stands are a characteristic feature of the landscape. The typical heathland houses are characterized by large continuous straw or reed roofs with low eaves. The walls mostly consist of clay, wattle and brick within the timber frame. This type of house is one of the Lower Saxon Hallenhäusern (Low German house), which originally brought together cattle, storage and living space under one roof. Many farmsteads have a variety of outbuildings.

In Lüneburg Heath Nature Park, there are a large number of well-preserved, old churches, which date back to different eras. In Soderstorf-Raven, there is a Gothic brick church; in Egestorf you can visit a half-timbered church with a freestanding wooden church tower from the Renaissance. Also worth seeing are the Romanesque fieldstone church of St. Peter and Paul with a circular tower and gothic brick aisle in Betzendorf, as well as the fieldstone church of St. Johannis with a fieldstone steeple and half-timbered gables in Salzhausen. A unique feature is the Eine-Welt-Kirche (‘‘one-world church’’) in Schneverdingen. As part of EXPO 2000, it was built entirely from wood and contains earth samples from all continents in its symbolic Ein-Erde-Altar (‘‘one-earth altar’’).

Another interesting aspect of the building culture on the Heath are the windmills and watermills. Two still fully functioning windmills are Sprengeler mill in Neuenkirchen and the Erd-Holländer mill in Eyendorf, which also celebrates a large annual Mühlenfest. From the water mills, the one in Holm stands out. Cultural events are often held here.

Archaeological evidence is not a rarity in Lüneburg Heath Nature Park. Limited cultivation of the land during the historical farming of the heathlands and the long conservation tradition of the nature conservation area have preserved many features in the ground. Thus, a number of stone graves and burial mounds from the Neolithic period and Bronze Age can be found in the region. Find out more about this and many other things at the Archaeological Museum and at Oldendorfer Totenstatt.