Experience the heathland in all its magic. The Lila Krönung (Purple Coronation) trail crosses the largest continuous heathland in the Nature Park from east to west and connects Amelinghausen and Schneverdingen, the two places where a Heather Queen is chosen every year. On the way you pass Totengrund, with its numerous juniper bushes, the typical heathland village of Wilsede, and the lowlands of Haverbeeke. A highlight of your hike is Wilseder Berg, at 169 metres the highest part of the northwest German lowlands.

The trail begins in Schneverdingen and leads you first to Osterheide, and thus into an area where you can experience the positive effects of current nature conservation measures. What you see now as an intact heathland was, until 1994, a military training area. Along the secluded Spitzbubenweg you will reach the valley of the Haverbeeke. The trail then follows the course of the stream through Niederhaverbeck to Wilseder Berg. From here, you can enjoy views of wide open heathlands at your feet. Wilsede, Totengrund and Döhler Heide are prominent stops on the way to Hörpel. Here the "Lila Krönung (Purple Coronation)" and "Heide Puzzle" hiking trails meet and lead you over Schwindebecker Heide to Soderstorf. Visit the protohistoric Totenstatt at Oldendorf before passing Kronsbergheide and Lopausee on the way to your destination of Amelinghausen. 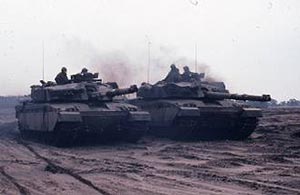 For almost fifty years, Osterheide near Schneverdingen served as a military training ground. The sight of so-called "Red Areas" no longer had much in common with heathland. Hardly anything grew on the soils compacted and torn by tanks. In 1994 military use ended. A lot of work was necessary to give the landscape a new chance. Under the leadership of the Verein Naturschutzpark e.V. (VNP), the goal was formulated of conservation-friendly development of a richly structured heathland. As an immediate measure to protect the sandy soil surfaces against wind erosion, fescue grass was sown.

Later, plagged or mown heather material was applied so that the seed stock of common heather and other typical heathland plants could accumulate in the soil. After only a few years, the first heather germinated. The wide, open Osterheide with its transitions from heathland to the wet lowland of Brunau blends harmoniously into the landscape structure of Lüneburg Heath Nature Park.